August 19, 2012
Still not sure how a whole genre of a sport can just disappear, but there you go. Always seemed pretty amazing to me but had a certain air of eliteness that made it seem somewhat unnaproachable. And those boards, sheesh. I don't know how anyone was able to do anything on them. Have you ever tried riding one? 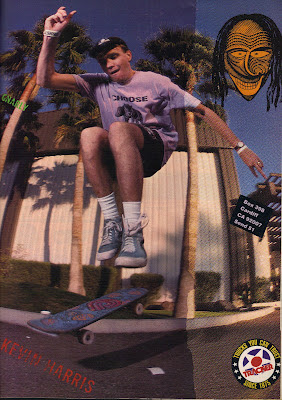 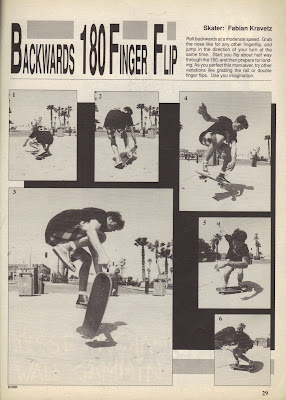 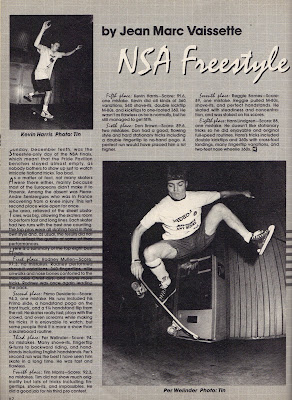 Rodney Mullen's transformation to street is nothing short of amazing. I heard him refer to it in an interview once saying that he had to get used to rolling when doing his tricks.. 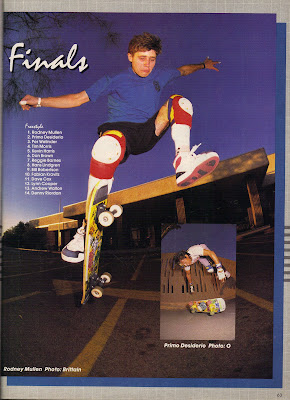 (by the way, in case you didn't know, the guy in the inset above is who you're referencing when you say you landed "Primo") 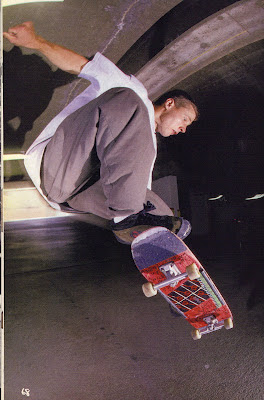 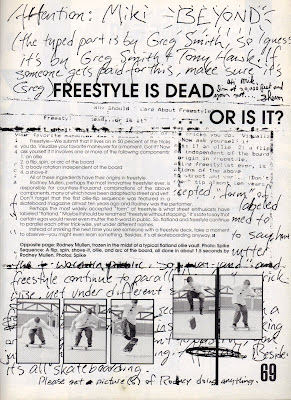 Can't forget about this dude....

Correction: the kind folks over at Vert is Dead pointed out that in the 'Toonage post I did recently I wrongly attributed the "Everything Sucks" ad to Lance Mountain, when it was actually Sean Cliver who did the artwork. Sorry about that.