Small blip on the ever-growing skateboard radar but we lost a soldier/pioneer in the world of skateboarding recently-Tom Sims.

Anyone who was around when skateboarding was huge back in the 80's and even prior most likely remembers Sims skateboards.
His contributions to skateboarding and snowboarding are huge, so as a way to commemorate his passing here is a quick look back at some of the skaters on the team and ads that stood out to me.

Consider it a minor gesture to a major figure.. 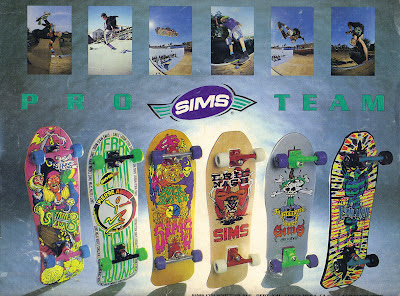 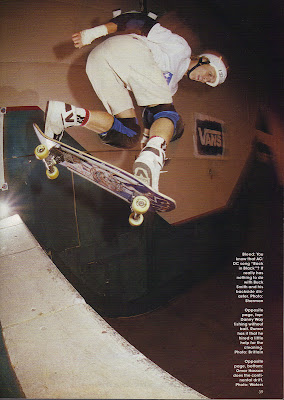 Buck Smith had a ton of coverage and probably deserves his own post.. 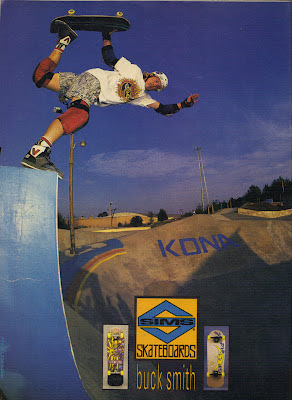 As an aside, Ride Channel had a great two part feature on Kona Skatepark with an appearance of the above mentioned. If you have a second, check it out on YouTube. Even if you're not familiar with Kona or Buck Smith, it's a great way to learn about some skate history and the oldest still functioning skatepark in the U.S.

As another aside...new life goal; go to Kona Skate Park, meet and skate with Buck Smith. 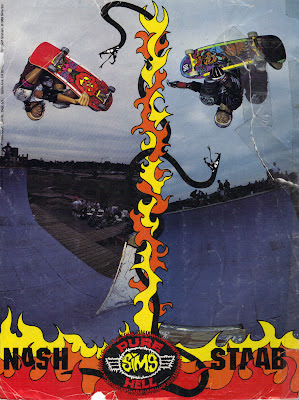 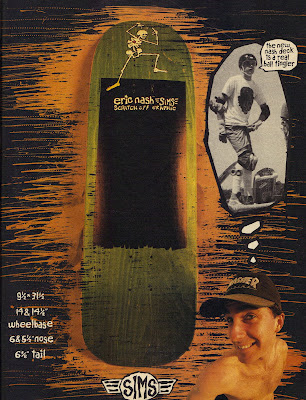 Actually knew someone who had this deck. Definitely gimmicky... 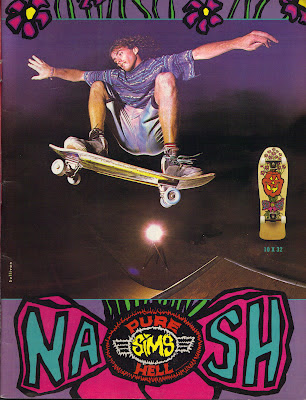 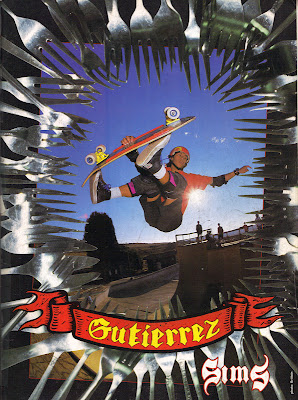 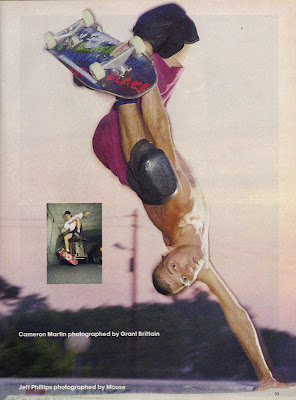 It would be a cardinal sin to leave out Jeff Phillips from this post...I honestly don't feel qualified to even talk about his contributions to skateboarding, so I'll refer you to CBI for an overview.. 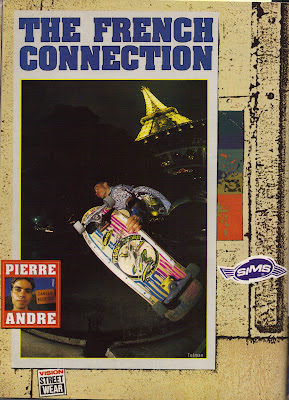 Finally, might have heard of a few companies that this guy started, oh you know, etnies, és, emerica to name a few.. but before then he was a freestyle skater and pro for Sims. Pierre André Senizergues 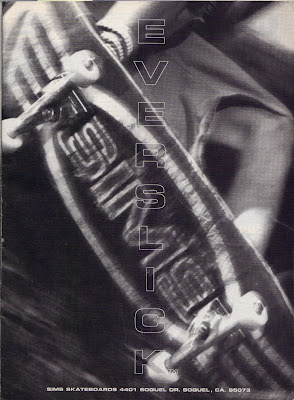 Not really sure what happened to their skateboard branch, but I definitely remember these everslicks in the early 90's. Saw Frank Hirata riding one at the Powell warehouse back in the day...

That's about all I got for now.