January 29, 2014
Done with shoes.. but here are a few leftovers that I either forgot to add in other posts or warrant a second gander.. also a few random odds and ends I came across. 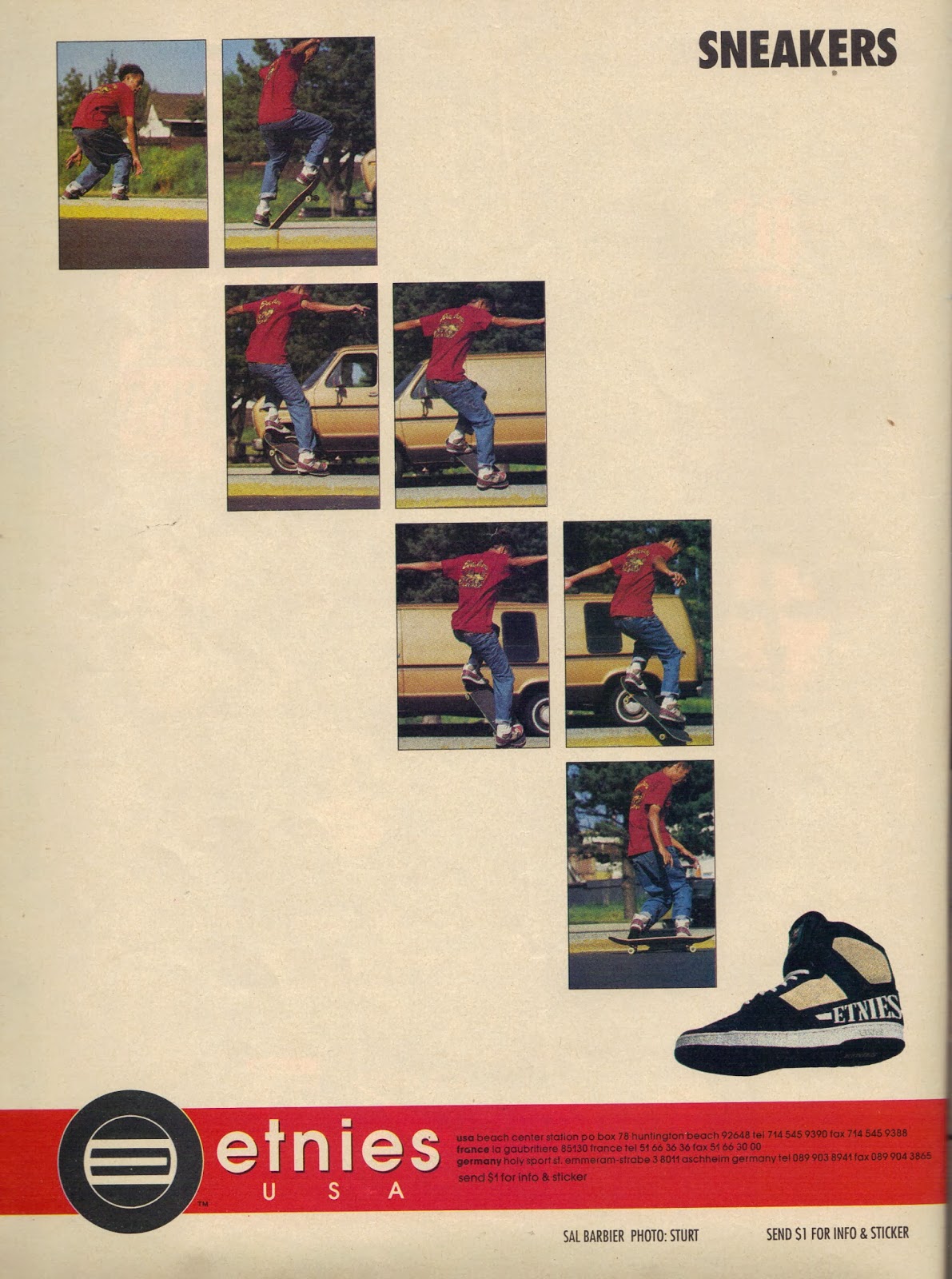 Found an old photo of me recently wearing my favorite skate shoes of all time..Axion Guy Mariano's. I had three pairs of these damn things in a row and wore them until they fell apart. I thought it was cool to see Axion doing a newer version ("The Nino"), but it doesn't quite capture how rad these shoes were. 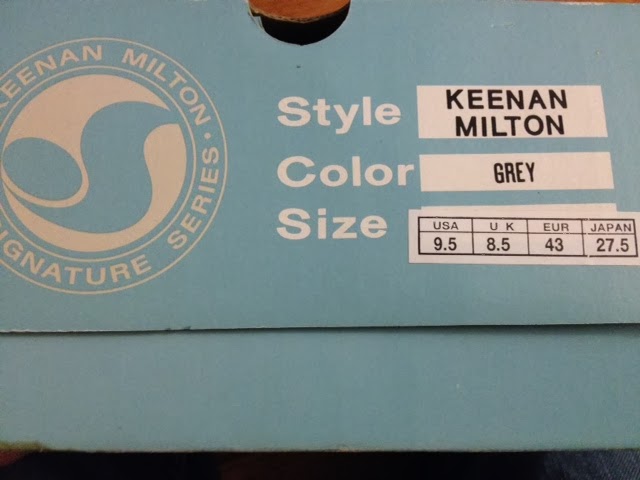 ..and sadly, I threw these out a few years back but kept the box for some reason. To be honest I didn't care for the shoes that much they were too narrow but dude ripped so I was hoping some of his good mojo would rub off on me. Nope.


This one really should have been on the Jenkem Mag's most terrifying skate shoe list.. the infamous Zero Two..

Oh, and these velco Airwalks were pretty hideous too. Even back then when I had a pair I knew they were kind of shitty... 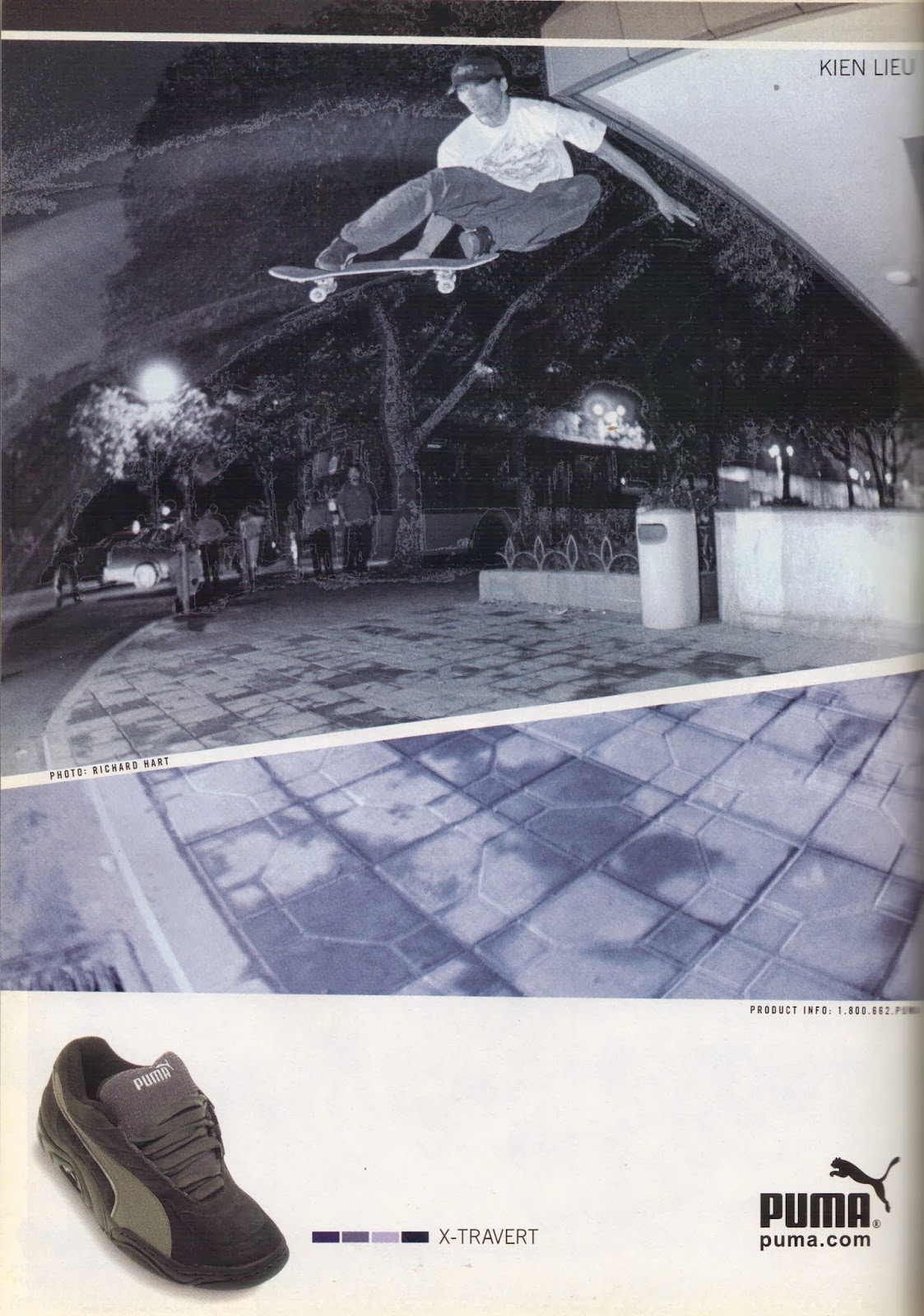 Interesting to see Puma making a re-entry back into the skate game.. this is the Donger (Kien Lieu) from 2001.


Oh yeah, started a Tumblr site because I noticed some ads I scanned were popping up on there.. so check it out.. I think I'm  ODG1 or something like that..