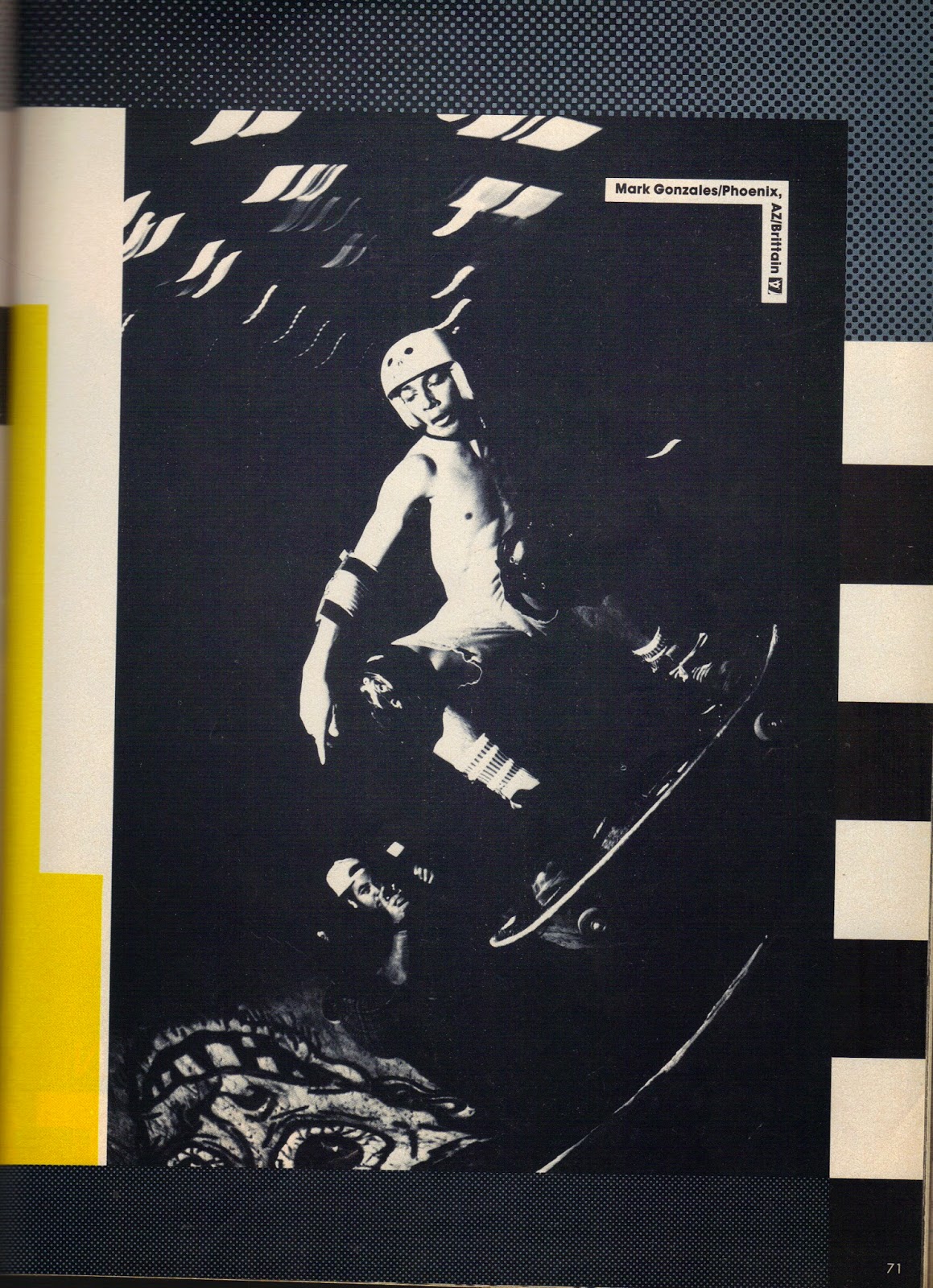 Circa '88. Probably one of the only dudes who can wear a  helmet with ear covers and have it look cool..


I hadn't realized it until I blew this image up a bit but check out the hand-drawn "blind" logo on Mark's board. Could this be the prototype for the logo that's still used to this day? Hmmm.. 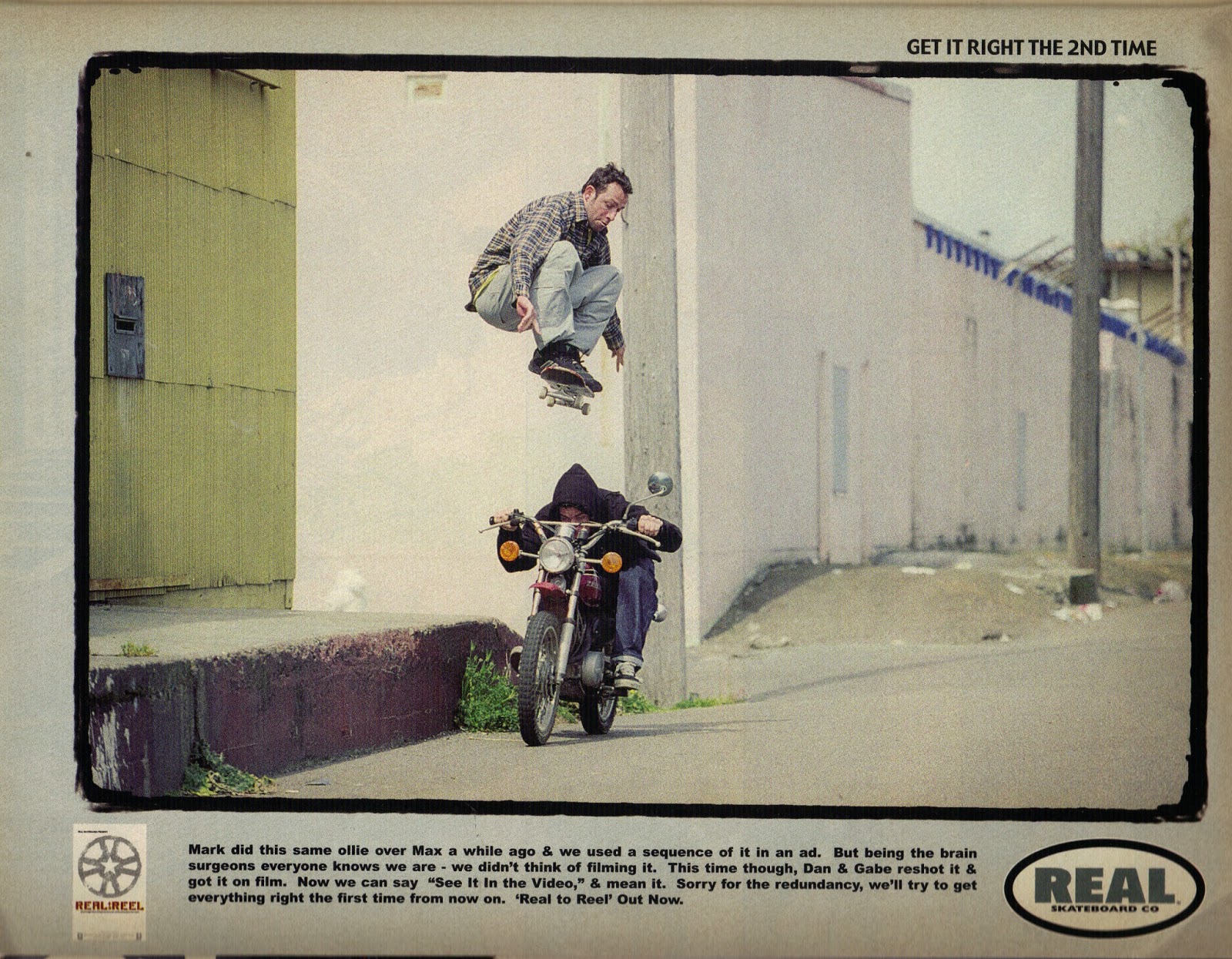 
Funny phenomena in skateboarding which apparently extends to writing blog articles about skateboarding.. any time you go "watch this!", the results are usually disastrous. Such is the case with these posts. I was sure I had a ton of Gonz images but after going through my magazines only came up with a handful. Regardless, everything I came across is golden.

By the way, check out Gonz's YouTube channel. Pretty cool stuff on there and if I'm not misstaken a throwaway clip from Video Days. I'm including this one because this is similar to the injury I took myself out with on  Go Skateboarding Day...


..and you should have seen the FourStar Anthology by now, but if not...

By the way, any ideas as to  where Tyler Bledsoe is going to end up now that Alien is done?? Girl or Chocolate would be pretty sweet (pun intended). He's always been one of my personal faves..